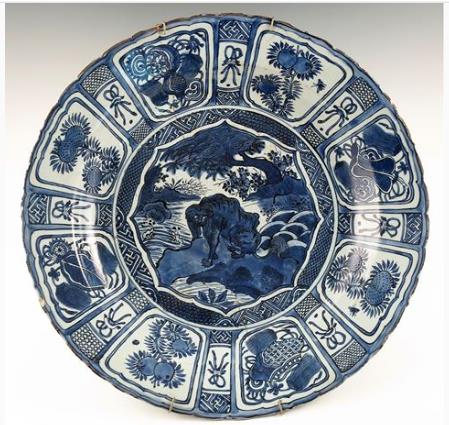 This Kraak dish decorated with a large cat sold for £800.

It was among the first Chinese export ware to arrive in Europe in mass quantities, and was frequently featured in Dutch still life paintings of foreign luxuries. Kraak porcelain is believed to be named after the Portuguese ships (Carracks), in which it was transported.